Shrivardhan and Diveagar are the twin villages with natures and historic heritage located in the same county and to the south-west of Raigad district. Many of the ancient names of the villages have changed by the time, but Shrivardhan must be the only village that refused to change its ancient name till date. It’s been said that Shrivardhan is a combination of the two words “Shri” and “Vardhan”. This village has got a favorable name as it has abundant orchards of coconut trees. It’s also been said if we look below from the north sided hills, the shape of the village looks like ‘Shri’, therefore the village might have got its name.

However, it could have been possible in the old days because modern villages expanded by the time, now this shape could not be seen. It is said to be the great warrior Arjuna has visited this village. European travelers mentioned this village as “Jifardan”. It’s undoubtedly proven that this village was the prominent place for the trade and business since ancient times. There are many temples in this village including Lakshmi-Narayan, Kalbhairav, Gavdevi, Somjai, Jivaneshwar Shiv Temple, Shriram Mandir, etc. and having ancient importance. Jivaneshwar Shiv Mandir is been
built in “Hemadpanthi” style. Shrivardhan was the native of Great Peshwa. The key post of this village was towards the ancestors of Shri Balaji Vishwanath but due to annoyance and trouble by Siddi, they left and shifted to another place. There is a striking similarity between Old Pune and Shrivardhan town structure. The old place where the Peshwas used to live, now there is only fourth and Balaji Vishwanath’s monument built by the municipality. Today there is a kindergarten, gym, and a table tennis court. There are many coconut and betel nuts gardens in Shrivardhan. Even today, the village has preserved its original structure and culture. The village itself has a beautiful beach. After being blessed by Lord Harihareshwar, it is an old faith to visit Shrivardhan’s Gramdaivat Somjai Devi, the devotee who receives the vows. This goddess is said to establish by the great sage Agasti. A big festival held here in Navratri days.

At a very near distance from Shrivardhan, a beautiful and pleasant Diveagar village is located. Because of its cleanliness and safety, most of the tourists prefer to visit here as affordable local stay and delicious homemade food facilities been provided. Apart from the sea-shore, this village was well known for Golden Ganesh village. During the ancient reign of Shilahar, this golden Ganesh was idolized.

Being the cultural capital of North Konkan from ancient times, this village has eight temples and a mosque. Apart from this, one can imagine the glory of this village as five inscriptions were founded. These inscriptions are from the eras of Chalukya and Shilahar. In short, both these villages has truly reserved the cultural heritage of Raigad district. 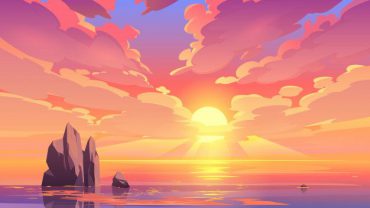 Malgund beach is about 1 km away from Ganpatipule. It is a clean and pure beach. Due to it’s soothing and calm environment people choose to stay here. Malgund village is the birthplace of the well-known poet Keshavsuta. There is a memorial dedicated to him in the village. The popular Ganpatipule temple is a walk […]

Mandvi 2 km away from Ratnagiri bus-stand, Mandvi beach extends up to Rajiwada Port. There is Ratnadurg Fort towards the west and the Arabian Sea to the south of the beach. Mandvi beach or the black sea beach is also the Gateway to Ratnagiri. The Jetty (place for parking the boats) is here. Mandvi beach […]

Ganpatipule is undoubtedly one of the most beautiful destinations in Konkan. It is about 25 km away from Ratnagiri city. The Ganpati idol here is self-manifested more than a thousand years ago. Ganpatipule is one of the 8 Ganpati temples (Ashta Ganpati Mandire) in India. The unusual thing to note here is that the Ganpati […]

Your Feedback is Most Valuable for us